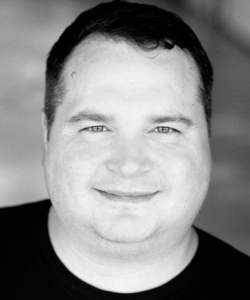 Matthew Hinson has been serving Carolina Voices since 2010. He holds a degree in Music Education from East Carolina University, with concentrations in choral music and piano accompaniment. Mr. Hinson currently serves as Musical Director for the middle and high school Musical Theatre programs at Northwest School of the Arts in Charlotte. With current and former students performing on and off Broadway and in national musical tours, he was awarded the 2019 Inspiring Teacher Award by The National High School Musical Theatre Awards (“Jimmy Awards”) in NYC. Mr. Hinson has served as musical director for shows with Theatre Charlotte, Community School of Davidson, Catawba Care Coalition and other Charlotte-area high schools, and he accompanies workshops and rehearsals with the Blumenthal Performing Arts Center and The Blumey Awards. He has directed numerous master classes both home and abroad, and has sung with the North Carolina Symphony, Opera Carolina, and Oratorio Singers of Charlotte’s Main Chorus and Chamber Chorus with the Charlotte Symphony Orchestra. Mr. Hinson also serves as the Residence Life Director of Summer Ventures in Science and Math at Appalachian State University. Much love and appreciation to his parents for being his biggest supporters.